When Adolph Hegewisch founded Hegewisch he had envisioned a company town similar to that of Pullman.  He became President of the United States Rolling Stock Company (USRS Co.) in 1882. At the time the company was located near Blue Island, several miles to the west of the present day Hegewisch.

In 1883 Adolph Hegewisch purchased 100 acres of land (centered on what is currently 135th St.and Brandon Ave.) and the current neighborhood of Hegewisch was founded. This initial land purchase was to be his new rail yards for USRS Co. Later, investors would buy an additional 1,500 acres, north and northeast of the company, for proposed working class housing. A small business center popped up just north of the factory area around 133rd St. and present day Baltimore Ave. By 1888, the new community had its own opera house located in the center of the business district. Despite modest development the land around Hegewisch remained undeveloped swampland for some time.

In 1889, Hegewisch was annexed by the City of Chicago (as part of Hyde Park) and became the city’s southern most neighborhood. At the time it was still just a few homes, some small businesses, with the principle business being  the USRS Co. The population was primarily immigrants from Poland, Sweden, Croatia, Serbia, Czech Republic, Slovakia, and Ireland.

When the World’s Fair came to Chicago in 1893, Chicago was in the midst of depression. This depression was especially hard on the immigrant population in Hegewisch. The industrialization envisioned by Adolph Hegewisch never quite materialized because a proposed canal connecting the Calumet River, Wolf Lake, and Lake Michigan never happened. As time passed, the community became more and more isolated from the rest of Chicago, as rail lines began to dissect the far south side of the city and large tracks of land to the North went undeveloped.

The purpose of USRS Co. was to build railroad cars. However the company was never as successful as Pullman's company and soon went into receivership and was sold. In 1912 the company changed its name to Western Steel Car & Foundry, which made electric steel, gray iron, and malleable iron. By the 1920s, the company had changed its name again to Pressed Steel Car Company. Soon, other steel mills, a chemical plant, and the Ford Motor Company Assembly Plant arrived in the area and things were finally looking up for the community of Hegewisch.

However, Hegewisch remained a community surrounded by swamps and marshes as far as the eye could see.  Vast prairies separated the neighborhood from the rest of the City. Even to this day one can see the remnants of the swamps and marshes in smaller empty areas between the city of Chicago and the  Hegewisch community. Despite or perhaps because of the seclusion, Hegewisch became a thriving, independent community by 1930. By 1930, the steel industry and Hegewisch became closely intertwined. Most of the residents of Hegewisch found employment at Pressed Steel Company, Ford plant, and other steel companies that came to the area in 1924.  Despite the industry in the area, Hegewisch was still hit hard by the depression and the population began to dwindle.  It would not be until after World War II that Hegewisch would start to expand again.

Carnegie-Illinois, a subsidiary of U.S. Steel, was also located in Hegewisch.  The Congress of Industrial Organizations (the CIO) created the Steel Workers Organization Committee (SWOC) in 1937.  Carnegie-Illinois signed a contract with the SWOC and began providing vacation time, better pay and limited hours for employees.  Other companies in the area did not follow suit.  This led to the famous Republic Steel strike on Memorial Day of that year.  Off duty police officers, hired by Republic Steel to break the strike, would kill ten and injure over 100 employees and family members of Republic Steel.  The incident is commemorated with a plaque at 117th and Avenue O, the spot where the massacre took place.  This violence succeeded in breaking the SWOC Union but it would be reborn in the 1940’s as the United Steelworkers.

As Hegewisch continued to struggle through the Depression, the steel mills and the Ford plant provided the main source of employment.  With the bombing of Pearl Harbor on December 7, 1941, America was thrown into World War II.  The industries of Hegewisch played an important role in the war. As the men from the neighborhood answered the call to duty, the women of Hegewisch went to work in the factories that supplied the weapons and munitions the nation needed to win the war.
Pressed Steel Company stopped making railroad cars and began manufacturing the M4 Sherman tanks and M12 gun motor carriage (a 155mm howitzer).  In September of 1942 they received an award for their excellence in manufacturing.

Ford’s Chicago Assembly Plant also went on a war footing and began manufacturing the famous Greyhound, M8 armored car and its cousin, the M20 reconnaissance command car.  The parishioners of St. Florian answered the call to duty with the outbreak of the war and in the end, twenty-three of her sons would make the ultimate sacrifice.
After the war, Pressed Steel went into receivership and was bought by U.S. Steel.  Ford once again turned to civilian car production with the first automobiles rolling from the plant in September 1945.  Hegewisch did not immediately enjoy the prosperous times that followed World War II. According to census data and the Chicago Area Fact Book, it wasn’t until the early 1950’s that the neighborhood began to expand.  During the 1950’s Hegewisch housing expanded by 39% and the population topped 11,000.  The population would continue to grow until the early 1980’s, thanks to the baby boom and the increased demand of steel after the World War II.

Shortly after World War II, relationships between the United States and the Soviet Union deteriorated.   Fear of an aerial attack increased once the Soviet Union began producing atomic bombs and had long range bombers capable of reaching the United States.  Because of this fear, and the importance of steel to our economy, the mills around Hegewisch needed to be protected. In response to the fears of the Cold War, the United States Army placed a Nike missile battery near Wolf Lake in 1955. The missile battery remained in place until 1971. Hegewisch was one of twenty-two missile batteries located along southern Lake Michigan.
During the early 1960’s new single-family housing was built in the area north of 130th Street known as Avalon Trails. It was during this decade and the 1970’s that Hegewisch saw its greatest expansion.  Besides the blue collar steel worker, Hegewisch also saw an increase in the number of city workers, especially firefighters and police officers. By 1980, the population of Hegewisch reached 11, 572. Unfortunately for Hegewisch, 1980 also saw the closure of Wisconsin Steel and the beginning of the end of the long history of the steel industry with the close-knit neighborhood.  After reaching an all time high, the population of Hegewisch began to decline as the steel mills closed.

With the closing of the mills, Hegewisch began reinventing itself.  Part of this reinvention came in the form of a $300,000 block grant to repair infrastructure.  Along with the repair of the streets, Hegewisch successfully lobbied for a new public library and a new South Shore train station.
Soon after these projects were in place, the city of Chicago announced plans for the Lake Calumet Airport in 1990.  To make way for the airport, the entire neighborhood of Hegewisch would have been leveled.  A collection of grass-roots and Hegewisch civic organizations successfully lobbied against the ill-fated airport. After two years, the efforts of the groups managed to end the ill-fated plans for the airport.

Today, Hegewisch continues to thrive, adapting to the changes of the day.  After years of living in the shadow of the mills, several organizations in Hegewisch are involved in repairing the last remaining wetlands in the city of Chicago.  While many of the original founding families have long since left or died out, the close-knit atmosphere of the neighborhood remains. It still remains to this day, the city neighborhood that has the look and feel of a small town. 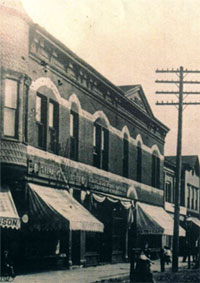 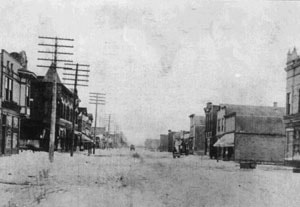 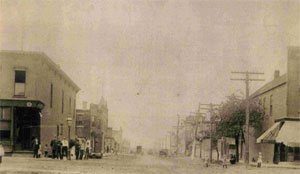 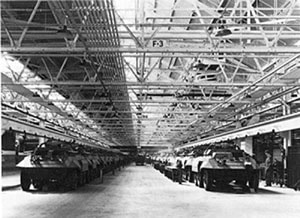